Continuing good economic news this month- close to 29 thousand new jobs created in the last 12 months in the Portland region all with an unemployment rate below 4 percent!

The vast majority of Portland’s job growth over the last 12 months has been in just three major industries: Healthcare, Manufacturing, and of course: Construction.

The construction industry is responsible for about 1 in 5 of the new jobs in the region. Over the last 12 months, construction added 5,600 new jobs. That’s down slightly from the previous 12 month period, but it’s still growing about twice the jobs it was in late 2012 and early 2013.

For the first half of 2018, developers filed permits for 101 large residential projects (any building with 5 or more units) in the Portland region. That adds up to 7,296 units (single family project, plus the total number of units in the multifamily projects). Still, that’s only the 23rd largest number in the United States among the Metro regions. Superstars like the Dallas, Houston, New York and Atlanta regions each have three to four times more residential capacity in the pipeline. On the other hand, Portland’s total numbers are comparable to Chicago, Boston and Las Vegas, and significantly stronger than many major US Metropolitan regions.

Looking at residential building permits as a leading economic indicator is popular among forecasters. After peaking in 2005, these permits dropped rapidly in 2006 and 2007 a year or two before the recession began in late 2008. Looking at the trend for the first half of 2018, we do see the beginnings of a decline. However, that’s coming off of a record year and it’s certainly too early to call it a real trend. Interestingly, the decline is entirely in multifamily projects and single family projects have been essentially flat since 2015, never reaching the levels they enjoyed in the last economic growth cycle. If we look at the data trend quarterly, we can see that most of the decline in permit applications came in the second quarter of 2018. 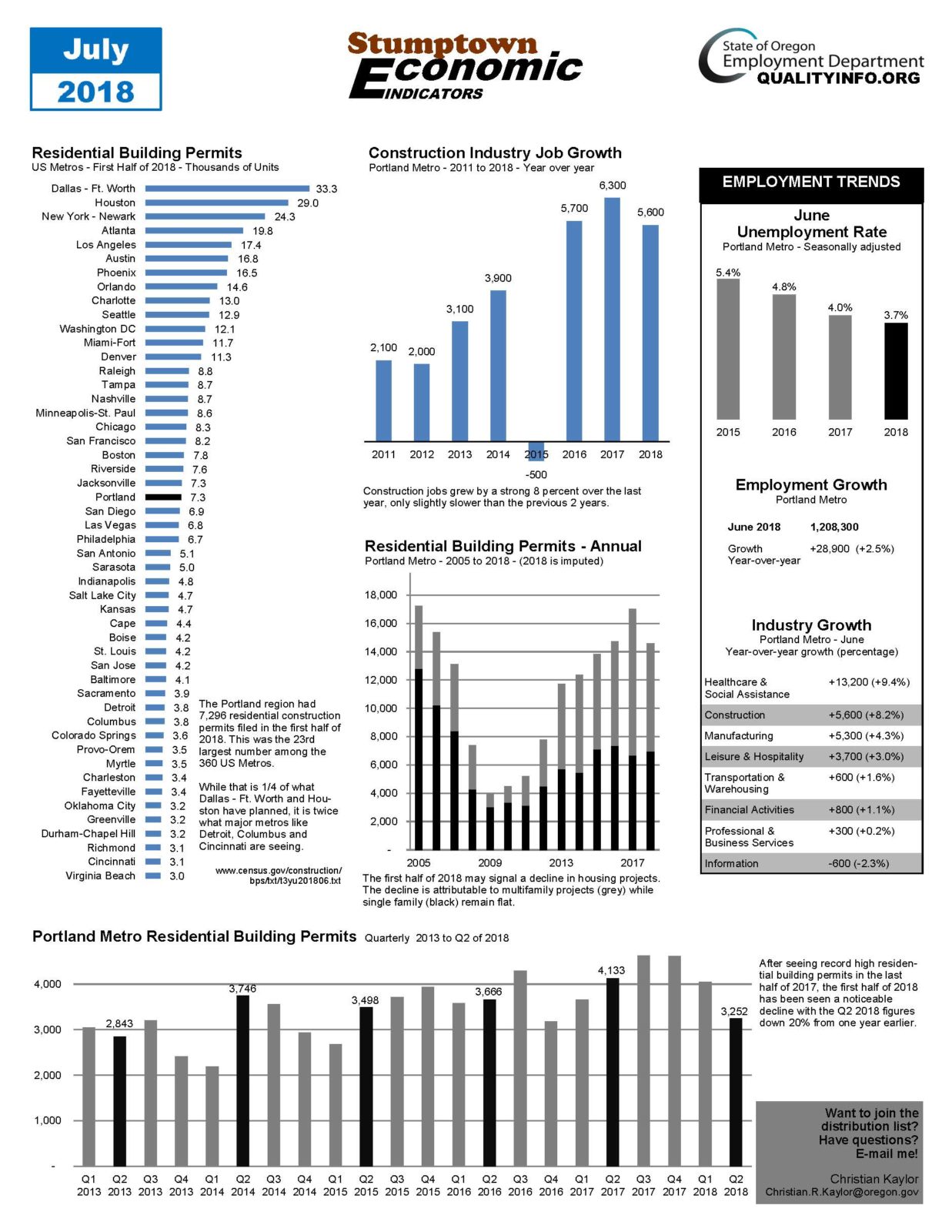